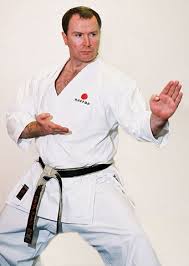 An Internationally respected karate-ka and one of the team of Senior British Instructors within the KUGB.

He is renowned for his technical expertise and inspirational instruction.

Date of next Grading: TBC